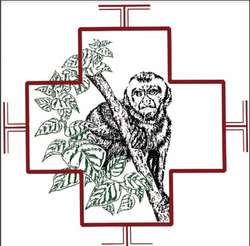 On the 19th of February 150.8mm of rain fell on Puerto Maldonado in one day during a week of severe downpours affecting much of the eastern flank of the Andes. The intense rains, all day over many days – probably enhanced by upstream deforestation and climate change - raised the water levels in all the main rivers: Madre de Dios, Las Piedras, Tambopata and Iñambari, which all converge in  the lower Madre de Dios. At Laberinto, 30kms upper river from Puerto Maldonado, a flow rate of nearly 26,000 cumecs was recorded in the rio Madre de Dios on February 22nd, well above the ‘red alert’ level of 21,000 cumecs.

The lower Madre de Dios region especially, suffered its worst flooding for many years – local observers referred to it as a once in a 25 year event. Over 3,000 hectares of farmland were flooded by up to 2 metres of water. Riverine communities, both indigenous and settler were devastated with over 15,000 people affected and as many as 5,000 losing almost everything. As a result, thousands had to flee their homes and seek refuge elsewhere such as in schools in Puerto Maldonado. During the time of Covid, this created tremendous challenges for the authorities who declared a 60 day ‘state of emergency’, to provide shelter and enough food for everyone.

In mid-February, received an urgent request to help support ‘Slow Food Tambopata’ to provide meals to those displaced by the flooding who had suddenly  arrived with nothing in P.Maldonado. ‘Slow Food Tambopata’ was set up by chef Roy Riquelme to re-evaluate, promote and use local ingredients combined with the ancestral knowledge of the Ese’eja, Harakbut and Yine peoples. He quickly set up an operation to provide hundreds of meals a day to those in need drawing on a group of volunteers to buy the food, prepare it, cook it, serve it and wash up. Thanks to the generosity of many TReeS members/supporters, we were able to rapidly donate over $1,000 via a GoFundMe appeal. Along with other supporters this enabled ‘Slow Food Tambopata’ to provide nearly 8,500 meals over a 2+ week period to those most in need from kitchens spread across four schools. The meals were designed to be hot, healthy and highly nutritious.

As the floods subsided people returned to their homes in the city outskirts and surrounding rural communities. However, it became clear that many still needed to be fed as they had lost almost all their crops and food stores. Consequently, with the remaining funds ‘Slow Food Tambopata’ delivered canastas (sacks) of provisions to enable them to keep going while rebuilding their homes and trying to revive their livelihoods. 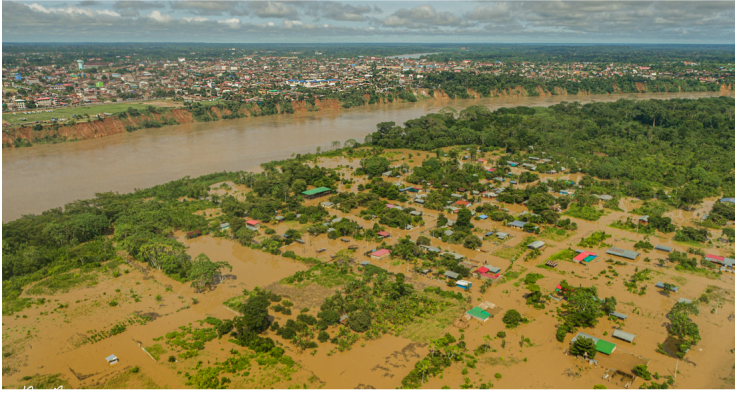 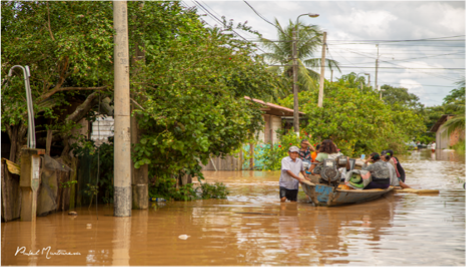 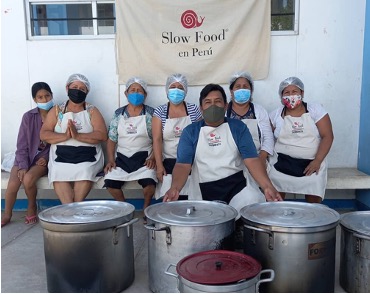 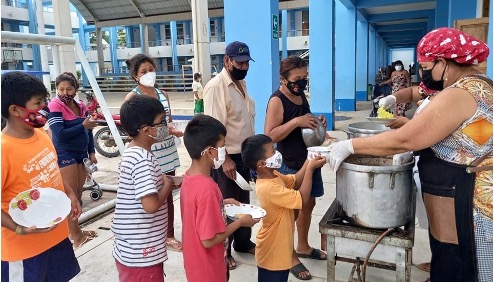 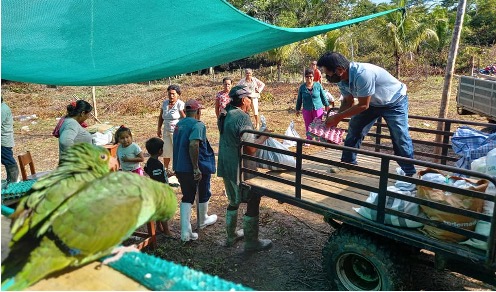